Woman Sets Up Blog But Can't Think Of Anything To Write 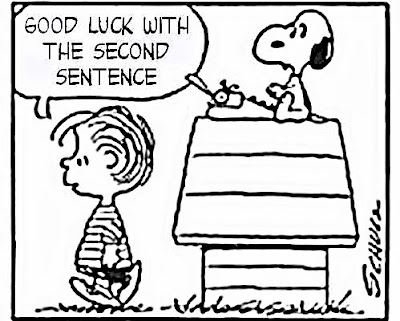 A Scunthorpe woman who created a blog after thinking of a "killer" title has yet to post anything six months later.

The woman, who wishes to remain anonymous so no one knows what a brain dead numpty she is, told Fake News Flash: "I thought of this killer name for a blog and rushed to set it up. Unfortunately I haven't been able to think of a damn thing to write since then.

"I told my boyfriend I had set up a blog and he said, 'Why? You've got nothing to say and even if you did you're a crap writer.' Unfortunately he has been proved right."

She refused to say what the "killer title" was "in case someone who can actually write" steals it.

She is now considering plagiarising another woman's blog.

"This woman's got verbal diarrhea and posts something two or three times a day. I don't think she'll even notice if I copy something she wrote in 2012, especially if I change it around a bit.

"It'll be fine, especially at first as I doubt anyone much will read my blog, except for my mum who might glance at it if I send her a link."

The woman has now gone away to steal some posts and trawl the internet for copyrighted pictures to use without paying for them.

This website is a participant in the Amazon Services LLC Associates Program, an affiliate advertising program designed to provide a means for us to earn fees by linking to Amazon.com, Amazon.co.uk and affiliated sites